I’d just taken my senior Poodle, Peach, outside to potty. Instead of doing her business, she stood blinking at me, shivering a bit in the cold despite her little sweater. I kept the sliding door open in case she changed her mind, and sat down to eat lunch.

Peach squatted next to my chair and maintained eye contact as she traced a line of urine on the plush rug.

I was baffled. Why the heck did my potty-trained dog randomly pee in the house so close to an open door? Maybe she had a medical issue?

Our veterinarian suspected a urinary tract infection might be the culprit, but the test came back negative. “I’m sorry, but it’s probably behavioral or her doggy dementia,” she said. “I was actually hoping it was a UTI because that would have been an easier fix.”

“And one of the most common misconceptions around that is that many pet parents come in and say, ‘Well, my dog is getting older and they just do that.’ I really want to encourage pet parents to understand that dogs do not just urinate in the house because they’re old – age is not a disease,” she says. “There is usually some underlying reason – whether it’s medical, behavioral, or both – that we can identify for why they’re urinating in the house.”

The first step is to rule out potential medical reasons. These can include the following:

Additionally, blood work can help explain why a dog is drinking too much water and therefore urinating too much, Dr. Marks says. Possible underlying issues can include organ dysfunction such as kidney and liver disease, diabetes, or hormone imbalances such as hypothyroidism or Cushing’s disease, a common ailment in which the body produces too much cortisol.

Sharing details about inappropriate urination can also help veterinarians pinpoint the cause.

“Is it a dog that’s walking and squatting right in front of the parent and having a large puddle of urine after they’ve just been outside? Or is it a dog that wakes up in the morning and turns around quickly because they leaked overnight in the bed?” Dr. Marks suggests.

The latter case is typically an incontinence issue caused by degeneration of the nerves to the bladder, or overflow from drinking too much water.

She notes that puppies might excel at potty training but then revert, which could be a sign of a medical issue, such as contagious diseases like leptospirosis, which can be transmitted by drinking from a puddle contaminated by rodent urine or just stepping onto the street. It could also be ectopic ureters, in which a puppy is born with an extra tube from the kidney, a UTI, congenital kidney disease, or Addison’s disease.

Urine and blood tests can help pinpoint any physical issues – or lack thereof. Once medical causes are ruled out, it’s time to consider behavioral causes.

For senior dogs, one possibility is doggy dementia, or what veterinarians call cognitive dysfunction syndrome (CDS).

“It’s essentially a progressive senility, where dogs unlearn behaviors they learned as a puppy,” Dr. Marks says. “Potty training is one of them.”

While there are some strategies to slow the progression of the disease – such as nutritional support, supplements such as Senilife and omega-3 fatty acids, and mental stimulation with food puzzles, toys, and exercises – at this time, CDS is not curable, Dr. Marks noted.

Then there’s a big behavioral cause: anxiety. 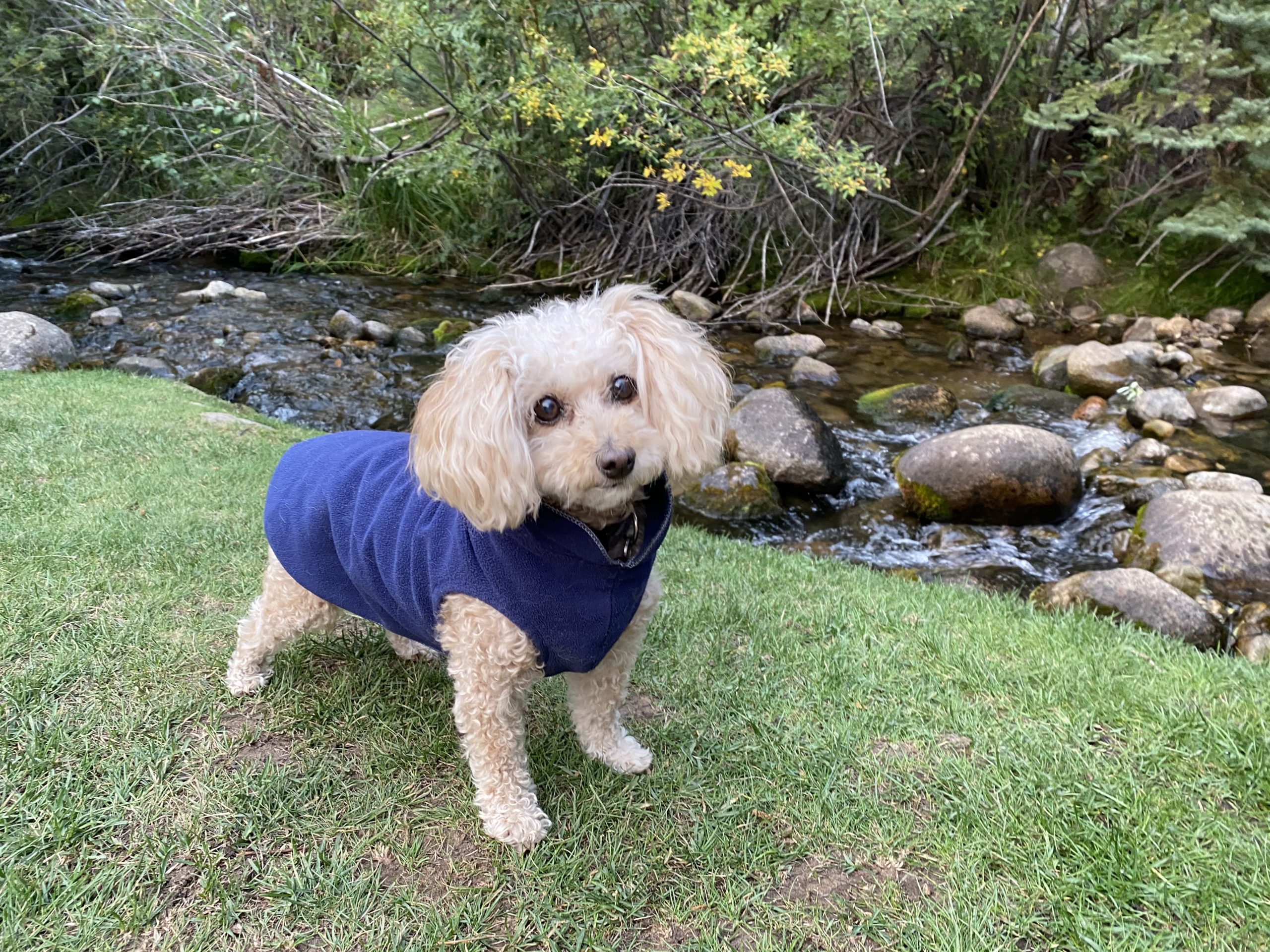 “If you just moved, or just had a baby, or just started a new job and you’ve been changing routines, then that’s when we start worrying about if there’s anxiety,” she says. “Especially now with so many people working remotely, if you start to go back to the office, there could be some signs of separation anxiety. That can certainly cause inappropriate elimination.”

With that insight, I realized anxiety was the reason why Peach opted to pee inside. The day she relieved herself on the rug, we’d just returned from a little getaway – where she’d also peed inside. So though I miss being able to vacation during the pandemic, a silver lining to the daily routine is that Peach is back to doing her business in the yard.

Thinking of Getting Backyard Chickens? Don’t Wing It

The Spectrum of Fear, Anxiety, and Stress in Dogs

The Spectrum of Fear, Anxiety, and Stress in Cats