My husband and I have been lucky to work from home for over a decade. But because of the coronavirus pandemic, we haven’t left our house to go to a movie, restaurant, party, or concert since March.

At least one of us is always home – to the delight of our dogs, Rio and Peach.

Peach is a little Poodle with a leaky heart valve, so she has coughed for years. But recently, it seemed more frequent; she’d even cough while 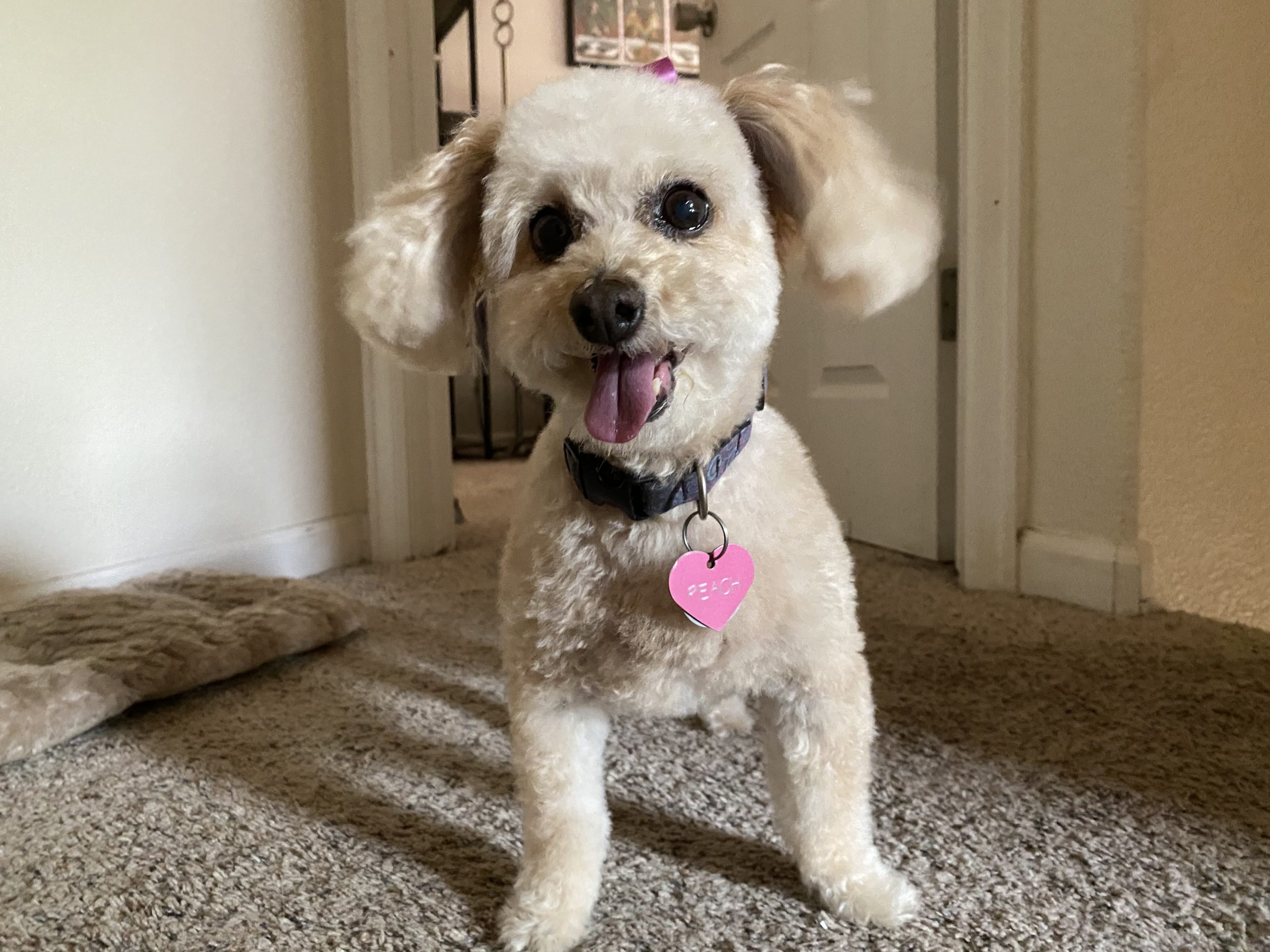 resting, not just after exertion or excitement. We took her to see our veterinarian, who said there could be several causes, including a reaction to the smoky air from Colorado’s wildfires or progression of her heart disease.

She prescribed a cough suppressant, and Peach stopped coughing the next day. As our veterinarian recommended, we’ve also scheduled an appointment with Peach’s cardiologist.

I’m not sure whether we would have noticed the issue as quickly if we weren’t constantly with Peach, who insists on being near us or in a lap at all times. And it turns out we’re not alone.

I asked my friends if they’ve noticed anything new about their pets during the pandemic, either health or behavior. While many people told me their dogs have become much more needy and distressed by any separation, others had more unusual examples. 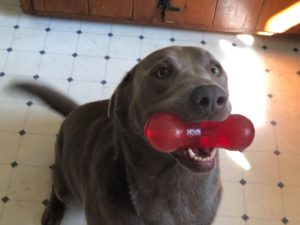 Nancy Arnold’s young Lab, Benny, has been itching and biting his skin. Her family thought he might have fleas and started flea medication prescribed by their veterinarian, but it didn’t help. Her new theory is that Benny has allergies since they’re outside in the backyard more often during the pandemic, and he loves to get dirty. She plans to ask her veterinarian for advice, and she has also given her dog something to chew on besides himself.

“Having tough, chewy bones and balls has helped give Benny something to bite on and possibly aid him in handling anxious moments,” she says.

Sam Harrison’s cats started meowing at her in the middle of the night to get her attention when Barcelona, Spain, was in strict lockdown. Once restrictions loosened and she could go outside during the day, the issue abated – though Harrison also got better at ignoring their nighttime antics, so she wonders if waking her up stopped being so fun.

Lisa Emmott had never allowed her goldendoodle, Coco, upstairs because she wanted to try to keep dog hair and odors to a minimum on carpeted areas. For seven years, Coco obediently stayed downstairs. But in March, she started sneaking upstairs during rain and thunderstorms, which make her nervous. Then she started coming up every night to be near her people – which is now permitted.

“If being upstairs offers her comfort or security, we are happy with that,” Emmott said.

One of Carolyn Crist’s cats, Vanya, wasn’t eating much early in the pandemic, so she took her to the veterinarian. Later in the pandemic, Vanya started overgrooming so much that Crist noticed the start of a bald spot – which meant another trip to the vet.

“We typically only need to take her for routine checkups, so both cases were a little concerning,” she said.

Vanya is doing much better now thanks to the veterinary care. Though there’s no certainty about what caused the issues, Crist suspects they’re stress-related, because both incidents occurred when she and her fiancé were particularly stressed during the pandemic, and Vanya is sensitive to their emotions.

There’s an upside to the experience, though: Crist said the couple’s relationship with their cats has grown overall, and they even bought a big sectional for the living room so the cats can join them on the couch.

Amusingly, some pets have also been noticing changes during the pandemic and manipulating the situation to their advantage. Bryn Nowell’s Boston Terrier, Bean, now rings her “I have to potty” bell frequently, but once outside, just soaks in the sun.

Kim Kavin’s dog Blue figured out that Zoom meetings are like phone calls – she needs him to be quiet – so whenever he sees Kavin setting up the computer, he barks until she gives him a treat to silence him.

Even as I type this, my own dogs are reminding me that it is time for their evening “pupsicle” (kibble and water frozen in a Dixie cup) in the yard. They’re sticklers for the rules now that our routine is essentially the same every single day.