Capybaras were almost unknown in the United States a few years ago. Now the world’s largest rodents star in memes about how chill and friendly they are. There’s even a Tumblr of Animals Sitting on Capybaras. And if you’ve ever seen a photo of a pet capybara sitting on a sofa, there’s a good chance it was the late Caplin Rous, who belonged to Melanie Typaldos.

“Caplin was extremely brave,” she says. “I could take him everywhere. He would see dogs, people would mob him, and he was fine. I’d take him out to eat, I’d take him to Half-price Books and Home Depot. He was very comfortable in public.”

But if that sort of thing makes you want to run out and get an adorable baby capybara, or any other exotic pet, take time for a big reality check.

The internet sometimes suggests that completely unsuitable animals are okay to keep as pets. For instance, the supposedly cute videos you see of slow lorises show an animal truly suffering, under bright lights that stress a nocturnal creature, grasping for objects because, used to living in trees, they’re desperate for support. Poaching from the wild for the pet trade is also a serious problem for many endangered species.

But even in the best cases, social media doesn’t give a realistic picture of life with unusual pets. It’s like your friend who only posts on Facebook when she’s at the beach drinking a margarita, and never when her life is a disaster. So even more than with a cat or dog, it’s important to research the reality. 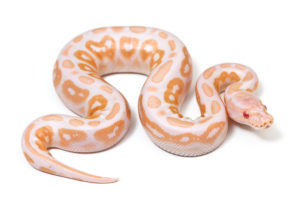 “Bringing a bird, reptile, amphibian, or small exotic mammal might sound like a cool idea. But it might not be all fun and games after the animal joins your home and exhibits natural behaviors that you weren’t prepared for,” says Fear Free certified trainer Laura Monaco Torelli.

Some people keep exotic pets well, but often that’s because their lives revolve around them–and those animals don’t always act like the ones you see online. Even Caplin was not such a social butterfly behind the scenes.

“At home, I would say, he was great the first day, but you better not come back; he doesn’t want people there two days,” says Typaldos.

What You See Isn’t Always What You Get

More important, Caplin was far from typical. Typaldos’ current capybara, Mudskipper, also raised from a baby, turned out totally different. Skipper is too fearful to go out in public. Never mind a jaunt to Home Depot, just getting her to a vet is an ordeal. She’s afraid of some pretty normal things at home as well. “We’re not allowed pass each other in the hall,” Typaldos says. “We constantly have to be aware of each other. If she’s in the hall, a lot of times I’ll just have to stop and wait.”

Animals you see online are the minority. No one’s going to start an Instagram feed of their hedgehog curled up in a ball or their capybara hiding from the camera. But odds are that’s what you’re going to get, because there’s a fundamental difference between a wild animal who’s tame and domesticated animals such as dogs, cats, and livestock. Centuries of selective breeding have made changes in the brains and bodies of domesticated animals. They’ve developed stress hormones that make them more comfortable around humans. Exotic pets still have wild instincts, so the chances that one is going to be comfortable wearing a party hat for a photo are much lower.

Physical needs are often different as well, since they haven’t evolved to live in a human environment. You need to understand how the species lives in the wild to provide proper basic care: temperature, humidity, and exposure to light might be critical, and an appropriate diet may not be available at the local pet shop. A species may even have different needs at different times of year, says Torelli, to provide for molting or shedding, say, or require seasonal variations in diet.

The proper environment is important for both physical and mental health. Unless you live on the banks of the Amazon, that could be expensive and complicated. Typaldos has a large swimming pool because water is where capybaras feel most like themselves. “She’s completely different in the water than on land; in water she’ll go up to anyone,” she says of Mudskipper. “In the wild, when they’re afraid, they go in the water, so they feel safer in the water.”

You’ll also need veterinarians and trainers with specialized knowledge and likely a specialized pet sitter as well, if you ever want to leave home. If you already have other pets, that can be a complication, especially for species that will see your cats and dogs as predators—or prey. And don’t forget that before any of that, you need to make sure it’s legal to keep the species where you live.

If you get an exotic pet, be responsible about what you share online, Torelli says. “Make the effort to share photos or videos that show the exotic animal from a professional and ethical perspective. Putting a sweater on a snake or bird just because you think it’s cute isn’t in their best interest.”

Typaldos, who has often been on TV and in news articles with her capybaras, advises being skeptical of what you see. “The TV shows I did; that’s all a lie,” she says. “They make you do things, and they present things in a way that’s very misleading.” She regretfully recalls one time when she let herself be convinced to coax her capybara Gari into being filmed lying in bed with her watching TV, even though he was the only one she had who didn’t normally get in the bed. Not a huge misrepresentation, maybe, but it shows that what you see can’t be trusted. “They really pressure you, and then they cut it to be not like it really was,” she says.

So ignore the video and think carefully about whether you can really meet an animal’s needs and be accepting of any degree of tameness. Typaldos has found that most people, when they understand the reality, realize it’s not for them.

“On Facebook I have a group I started for people who own capybaras to talk to each other, and for people who have displayed an actual interest in getting a capybara, so they can interact with people who actually own them and can see what they’re really like and ask questions,” she says. “When I hear from somebody who’s actually thinking about getting a capybara I refer them to that group, and I think to a large extent that does discourage people.”