Animal wellbeing, both physical and mental, is a priority for modern zoos, and that involves a lot more than you might realize. It starts before an animal even arrives, with the design of the exhibit where they’re going to live.

A Healthy Mind in a Healthy Body

To start, an exhibit needs to provide a physical environment like the one a particular species inhabits in the wild. Some of these factors involve things that will be visible to visitors:  whether an animal needs trees to climb or water to swim in. Others are less obvious, like temperature range and humidity requirements. These may differ considerably from the climate in the area the zoo is located and can be a matter of life and death.

“We have an environmental control individual who monitors all our environments electronically,” says Bill Zeigler, senior vice president of animal programs for the Brookfield Zoo. “The poor gentleman is wired so that if there’s a problem, no matter where he’s at, he’s going to get a call.”

But these requirements for an animal’s physical wellbeing are just the beginning. Mental wellness is equally important, and that means looking at behavior.

“Are animals acting okay? At the end of the day, that’s what I’m primarily interested in: Is this animal behaving as it normally should?” says Eduardo J. Fernandez, senior lecturer in animal behavior, welfare, and ethics at the University of Adelaide in Australia. “This is particularly important for zoo animals because it’s the major way we identify whether an exhibit is working for them.”

Take bears: they spend most of the day foraging. This fact needs to inform every aspect of their care and housing. “For all the bear species, feeding schedule, what you feed, and how you feed is really important,” says Fernandez.

Ways to stimulate this behavior can be built into an exhibit. Bear exhibits at Brookfield Zoo have natural-looking artificial rockwork with automatic feeders hidden behind it. “Tubes go through the rockwork into the exhibit, maybe four or five all around the exhibit, and they drop food randomly so an animal never knows when or where it’s going to show up,” says Zeigler.

This stimulates natural behaviors and heads off abnormal ones. When people see an animal pacing, they usually attribute it to boredom, but Zeigler says it’s often because they’re about to get fed. “Most of the time that pacing occurs at certain times of the day – normally when the bear is anticipating the caregiver is about to give a meal. So they get excited about that and they pace back and forth near a door,” he says. “It’s anticipatory. But it’s not a good behavior.” Eliminating the predictable twice-a-day feeding and letting the bears forage in a more natural way means that type of behavior won’t occur.

The ideal enclosure provides variety and some degree of choice, which is important for an animal’s welfare. Not all of this may be apparent to the human visitor. In some exhibits, Zeigler says, animals can choose areas with different temperatures or airflow. In some cases, what’s called the exhibit “furniture” is changed on a regular basis: for example, large fallen trees for climbing in big cat exhibits are switched out yearly.

Animals can also choose not to be seen, at least some of the time. This may involve an off-exhibit area where the animal truly isn’t visible, but in some cases, you can satisfy everyone at the same time: “We design the furniture in such a way that the animal feels hidden and gets that relief, but depending on where you view the exhibit, you may be able to still see them,” says Zeigler.

Exhibit design that encourages natural behavior can directly contribute to conservation research. “A lot of our exhibits allow us to do the kind of 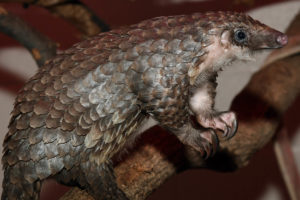 work that you can’t do in the wild,” says Zeigler. Understanding a species’ reproductive physiology, for example, can be critical to understanding trends in population numbers, but can be extremely difficult to study in nature. Zoos can fill that gap. “If we’re maintaining these animals so their welfare is high and their nutrition level is good, they’re going to be active and reproductive,” he says.

One research success story at Brookfield Zoo involves the white-bellied tree pangolin, an endangered species. They’d been previously difficult to maintain in captivity, and little was known about their reproduction.

“These animals are very secretive, so it’s hard to study them,” Zeigler says. “No one knew their gestation period – now we know it’s eight months. Now we know females can breed any time of year. These are things that wildlife biologists can begin to use.”

The Eye of the Beholder

Some trends in zoo design may seem to affect the visitor more than the animals but it’s not that simple, because how the visitor feels matter very much for the animals.

“Back in the early 1980s, zoos started to try to make bigger and more naturalist environments,” says Zeigler. “The biggest positive change from that was that the public saw the big naturalistic exhibits and it made them feel better.”

It’s a common misconception that what animals need most is more space. “What I tell people is, what’s often more important than the size of the exhibit is what happens within the exhibit,” says Fernandez.

Ziegler agrees. “For most species, it’s not size that matters, it’s how the environment engages them.” 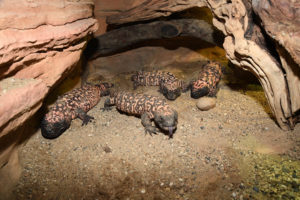 We also can’t help caring about the appearance of things that really don’t matter to the animals. He recalls one case when murals were painted on the walls in one of the zoo’s old buildings and visitor perception became vastly more positive – even though nothing had changed for the animals themselves, who’d been having their environment enriched in other ways all along.

It can also seem sometimes that visitors are harder to please than the animals. When his zoo did surveys in the early 2010s, it became clear that what visitors most wanted was to engage more with the animals, which was difficult with the large moated enclosures: “They loved the big open exhibits but then turned around and said, we want to be close.” One way the zoo has tried to find a balance is by introducing more keeper educational presentations with small animals that are trained to be comfortable being close to visitors.

But even if people are giving mixed messages, taking them seriously is important, because their perception affects animals both in the zoo and in the wild. Zoos need visitors not only to maintain themselves, but also to support the wide variety of conservation efforts they’re involved in. What’s more, research has shown that a positive zoo experience increases people’s support of conservation more broadly.

Linda Lombardi writes about the animals that share our planet and our homes for magazines including The Bark, websites including National Geographic and Mongabay.com, and for the Associated Press. Her most recent book, co-authored with Deirdre Franklin, is The Pit Bull Life: A Dog Lover’s Companion.

Give It a Chin Rest

Thinking of Getting Backyard Chickens? Don’t Wing It

The Spectrum of Fear, Anxiety, and Stress in Dogs

The Spectrum of Fear, Anxiety, and Stress in Cats